Feel free to download or print a copy of our conference poster.

Media release will be published on the website here not later than 9 of November (one month prior to the Conference).

December 9-11, 2014 in the city of Kolomna (1, 2), Russia we are conducting the International 2014 OBEDIENCE TO AUTHORITY CONFERENCE (30 years of Social Psychology without Stanley Milgram, 40 years of his controversial monograph; experimental obedience paradigm: yesterday, today, tomorrow).

The conference will take place in the beautiful ancient Kolomna (about 100 km from Moscow) at Moscow Regional State Institute of Humanities and Social Studies.

2014 marks four important anniversaries of Stanley Milgram and his obedience paradigm (some of the events enumerated below are connected with Russian conferences):

Four years ago (November 15-19, 2010) in Russia was conducted The International Seminar To the 50th anniversary of the first obedience experiments of Stanley Milgram (for further information, please see 1, 2). This Seminar was de facto the second obedience conference in Russia (see the previous paragraph about the first obedience conference in Russia) and took place during 5 days: among them 2 days in Moscow (at Institute of Psychology of Russian Academy of Sciences and at Peoples’ Friendship University of Russia) and 3 days in city of Kolomna at Moscow Regional State Institute of Humanities and Social Studies. By organizing in December 2014 again at the same Institute in city of Kolomna another international obedience conference – already the second one for Moscow Regional State Institute of Humanities and Social Studies – we would like to continue this Institute’s humble contribution to promote one of the leading paradigms of modern experimental Social Psychology. In particular, we are planning an exciting program, including plenary lectures by keynote speakers (Thomas Blass, Alan Elms, Wim Meeus, Arthur G. Miller, Harold Takooshian, Philip G Zimbardo, and other speakers), presentations, and panel discussions.

Basic languages of the conference will be English and Russian.

The deadline for submission of the speech abstracts for review is 20 of September.
The abstract (excluding title, affiliations and author names) must not exceed 3000 characters, including spaces.
Please send your abstract as an E-mail attachment to both addresses:
a_voronov@inbox.ru and erchovareg@mail.ru
Acceptance or rejection of abstract will be mailed to the presenting author.
We will publish approved abstracts on the conference website as well as in the booklet.
It is the author‘s responsibility to submit a correct abstract. Any errors in spelling, grammar, or scientific facts will be reproduced as typed by the author.

Since 1990 Alexander Y. Voronov has been a pioneer in disseminating Stanley Milgram’s and his followers’ obedience research in USSR (and then in Russia) … For further information, please see here

Regina Ershovа’s research interests include Personality Psychology and Social Psychology.
She was Co-Organizer of The International Seminar, titled To the 50th anniversary of the first obedience experiments of Stanley Milgram (Kolomna-Moscow, 2010).
Under her guidance (R. Ershova, E. Enina, 2009-2010) the replication of Poskocil’s experiment (The College Classroom as a Learning Environment, 1977) had been conducted.
She organized and headed a study of the Preschool Children Conformity (R. Ershova, S. Panina, 2010).

Scientific interests of Evgeniya Evpak lay upon multidisciplinary research of human brain with application of fMRI, absolute pitch, synesthesia, correlation of linguistic and music skills.
Since 2007 till 2013 she used to work as an interpreter and translator in energy and R&D companies.
Evgeniya Evpak is a composer. She is author of Digitized Sound Melodization (DSM) method, head of “Moz-Art Studio.LLC”, takes part in sociological experiments, conducts master-classes of music theory and “Music training systems” to the students of sound-engineering faculty.
She plans to implement the methodology of obedience-experiments into human resources selection policy in digital media. 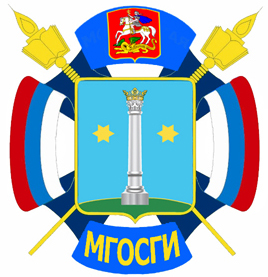